Hiring a star from outside the organization to fill a vacancy is tempting. However, research from two assistant professors at the Carlson School of Management at the University of Minnesota shows that firms should strongly consider internal candidates for openings before looking outside. The two studied commissioned salespeople and department managers at a national retailer from February 2009 until January 2016. In short, they discovered that high-performing internal hires tended to stay with the organization longer, while high-performing external hires tended to leave.

Businesses can recruit internally through several methods. One internal recruitment method is promotion. Other methods include cross-department transfers and moving temporary or part-time employees into full-time positions.

To learn more, check out our ultimate guide on internal recruitment.

Here are some advantages of internal recruitment from the University of Minnesota study and other research.

You Know the Applicants

The average cost of a bad hire is about $15,000, according to a Career Builder survey. A bad hire has a ripple effect on the organization. Poor performers lower the bar, and their disengagement tends to spread.

Internal recruitment lowers the risk of making a bad hire. The best interview questions in the world don't always result in the best hire. Candidates are typically on their best behavior in the interview. They may have hired someone to write their resumes and coach them in interview skills. Yet, the only information on external candidates is contained in a resume, interview, and reference checks. Internal employees are a different situation. While you may not know how the employee will perform in the new job, you have ample knowledge of how they've performed in previous jobs.

If employees believe the company will promote from within, they are more likely to work harder and remain engaged. In particular, millennials consider professional growth and development crucial to their job satisfaction. They want to feel that they have a place in the company in the future. Promotions and transfers to jobs that stretch them will provide an incentive for employees to remain at the company and perform optimally. On the other hand, when workers see external applicants repeatedly hired for positions they or their colleagues want, they become disengaged and will look for jobs elsewhere.

External recruiting requires several hours to post the job, cull through resumes, conduct interviews, and check references. Time spent on recruiting tasks is time away from operational duties. The time to recruit and assess internal candidates is much less because you can easily reach out to them. You also can quickly check with their manager for a reference. 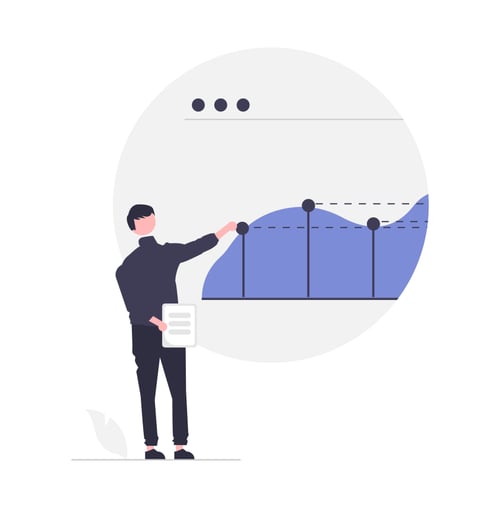 Internal recruitment also saves money in the short-term and long-term. You'll avoid paying to advertise the job or for extensive reference checks in the short term. You'll also save money because the employee will be up to speed more quickly. Internally recruited employees may also be willing to accept a smaller raise than an external candidate. Internal employees also have demonstrated they like the company and are less likely to leave, meaning you'll avoid turnover costs in the long term.

A Wharton Business School study found that external hires earned more money than those promoted internally but received worse performance reviews than the internal candidates, at least for the first two years in the job. Researcher Matthew Bidwell believes his study demonstrates that outsiders need more time to settle into a new job than insiders do. He also attributed the higher salaries outsiders received to better education or experience than in-house candidates but noted that these credentials don't necessarily link to better performance.

Organizations sometimes fall into the trap of believing that job candidates must have done an exact or similar job previously to be qualified. However, employees often have skills that they cannot use in their current positions and would welcome the opportunity to use those skills. For example, consider a salesperson who is also an excellent writer. The salesperson might be an excellent fit for a content marketing position because they write well and understand your product's value well. If the company considers only outside applicants who've held content marketing positions before, they'll lose out on the benefits of this cross-disciplinary knowledge.

Facilitating internal recruitment across departments can also benefit the organization in other ways. Cross-department transfers develop functional leaders who can learn a new aspect of the business while sharing knowledge from a previous department. These functional leaders can look at business challenges from a broader perspective rather than finding solutions from only one track. They can better understand how each department works together to achieve the company's goals. This understanding could be significant in developing a potential CEO who will understand the whole picture.

Cross-disciplinary transfers can also effectively break down silos within the organization. The employee will know and already have gained the trust of those in their former department, which means cross-department conversations will be smoother.

If an organization fills a position externally, it loses the opportunity to broaden an employee's perspective and use the transfer to help two departments work better together.

While internal recruiting is a good way to fill many vacancies, it also has some disadvantages. The first is that when an organization promotes someone, their former position becomes vacant. That vacancy could disrupt the former team until the organization can fill it.

A second disadvantage is cultural stagnation. Employees who have worked in a particular culture for a long time may be stuck in their ways and resist necessary changes and innovations. Organizations need fresh perspectives from time to time. Being too wedded to the current culture can be a particular problem in leadership roles.

If a manager feels pressure to promote from within, they may promote a candidate who isn't yet ready or isn't suited for the job. The candidate may leave or, worse yet, be terminated in a new position when they were successful, valued employees in the old one.

External recruiting is appropriate in certain instances; for example, the company needs a culture change, needs to perform at a much higher level, or has no suitable internal candidates. Here are some advantages of external recruitment.

Hiring an outside candidate can often help companies get out of a rut and learn new ways of operating. The external hire brings with them experience from other workplaces and can implement procedures that have been effective there. In a leadership role, they can inspire other team members to think differently and creatively as well.

More than half of human relations professionals say that improving the quality of hire is a primary goal. If a whole team has consistently performed poorly, bringing in a leader who has worked for a high-performing company may be a smart move.

External recruitment also has significant disadvantages. In addition to the high cost of external recruiting, the greater risk of a bad hire, and the steeper learning curve, external recruiting can also demotivate internal staff. According to Forbes, a work environment that offers opportunities for promotion vs. one that is stagnant "can make the difference between a workforce that is engaged versus one that is adrift."

Is your workplace dis-abling your neurodiverse team members?